In the name of the Touareg CapetoCape team, our partners and sponsors we want to apologize for the break in our reporting of our Touareg CapetoCape world record drive from Nordkapp to Cape Agulhas. During the last two days, we have not been... capable of sorting everything out, neither logistically nor mentally, so we did not have the chance to provide the long overdue overview of what has happened. For many hours, we´ve simply been depressed and disappointed.
Here is the latest update:
Crossing Tanzania on the 6th day of our record drive went without any problems, also around noon. After passing Tarangire Nationalpark and the bottleneck of the Metra water reservoir without a delay, we wanted to have our lunch in a restaurant in Iringa, which team leader Rainer Zietlow remembered from the scout tour. We had a little slack time and thought about having a proper take away dinner instead of taking snacks and sandwiches from our fuel stop - that was our plan.
On September 27th 2014 the world record drive had to be interrupted after 6 days, 9 hours, 35 minutes and 13540 km, near Iringa, Tanzania, due to an accident without personal damage, which was not caused at our fault. Rainer Zietlow, Marius Biela and Matthias Prillwitz are now in Tanzania´s capital Dar Es Salam, where the Touareg was received by the team of CFAO Motors, Tanzania´s Volkswagen importer. We are now planning to repair the Touareg as soon as possible, to continue the Touareg CapetoCape world record drive towards Cape Agulhas in South Africa.
From today, we will again provide you with information regularly, to tell you about our experience and efforts around the rebuilding of our Touareg, which is definitely not less exciting than our record drive through 16 countries so far.
Keep your fingers crossed that we´ll be on the road again soon.
#capetocape #VWtouareg #rainerzietlow #nordkappcapeagulhas #challenge4
#worldrecord #norwaysouthafrica #HPC2C
More on: www.touareg-capetocape.com Zobraziť viac 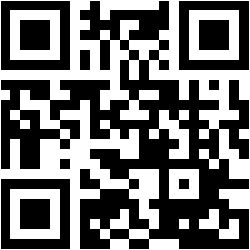